I had just finished a full sized meal, and yet my stomach still seemed to rumble. A feeling of nervousness and excitement slowly crawled up my spine. As I quietly tip-toed backstage, I heard a huge blast of laughter. I gulped. “Must be a lot of people.” I whispered to myself.

It was a hard job being in the production. Your lines have to be learnt perfectly and your expression wonderful. I hope I didn’t mess up every one's hard work. You see, this year I was an actor, in the Production : Webzidazical. And I’d been given the part of one of the judges on Worlds Got Talent. I had learnt my lines thoroughly, so it was completely out of the blue when I found that my tongue was tied in knots.

Shaking, I heard me and the other two actors que and I set off with my clip board to my Judging Table. As I sat down, a bright light shone in to my eyes, making it the tiniest bit difficult to see properly. My acting partners qued me in at the end of their lines, and I managed to spit my line out too.

As the MC of our scene introduced one of the bands, my ears were blasted with the audience yelling, clapping, shrieking, and more yelling. “GO YAR!” one shouted. “WOOHOO!!” another screamed. The three judges all looked at each other silently. After an awesome song sung by Jarna and Jay-Lee, the crowd went silent. I scribbled on to my clipboard “Judging Time”

A few moments later, ‘The Dixie Chics’ (Bobbi Grace & Shaniah) appeared on stage looking as beautiful as ever. As soon as they began to sing, their lovely vocals flowed through the room, as if enchanting us with their music. Every one just sat silently listening to their gentle voices. I wrote in (surprisingly) neat hand writing ‘Amazing’ on to my clipboard. As soon as they’d finished, I had gone def from all the screaming and whistling. Mr Fanua (the judge) would have a hard time dealing with this!

When the audience decided to stop booing at Pale Fanua, the Black Eyed Peas group was called on to stage. I really enjoyed all the hip-hop and rap that they were doing. But sadly, Becky didn’t. I switched back to Becky Green mode before the song ended. For the first time Pale Fanua got a few cheers. And I was drenched in boos and thumbs down. “Whatever” I penciled down again.

Relieved, I walked silently in the dark following my co-actor Isara. Once we were in the foyer, I breathed a huge sigh. “ Man!” I said to Isara, “I don’t like getting booed at!” We both laughed our way in to the changing rooms and got changed for the finale.

As I bowed, covered in confetti, the lights flicked on, and I noticed their were even more people than I thought!!! I was really happy for my close friend Selena who tried out for the first time. She even got the main part! Imagine how nervous she must have been compared to me!

That's when I saw it stuck in the crowd. I had forgotten my clipboard!
Posted by Toreka T at 11:56 AM No comments:

As some of you may know, our topic for this term is 'Outta This World'. In addition our teacher knew we all had something we were wondering about. So she set us out to create a movie that shows our question. My question was 'Do aliens exist, and if so do they control all paranormal activity?' The movie above is the final result of my creation.
(You can see more movies like this on my friend Thora's blog.)
Posted by Toreka T at 11:45 AM No comments: 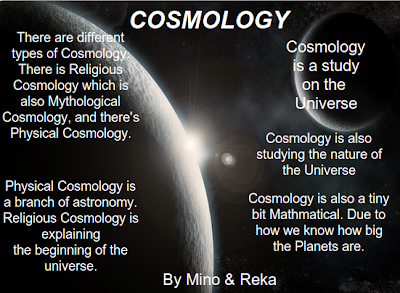 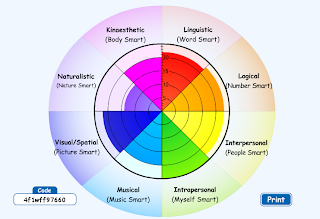 This week, we are learning about what Multiple Intelligences we have. We went on the BGfL Website and took a quiz. As you can all see, I am very Intrapersonal, (Self Smart.) My second highest smarts are Interpersonal (People Smart), and Logical (Number Smart). This was very surprising as I do not think that I am good at maths. However, recent data reveals other wise. Then there's Picture Smart. I thought my highest would have been Visual. You can find that I am not very Nature Smart. I am going to try and be as Naturalistic as possible!
Posted by Toreka T at 2:39 PM 1 comment:

Kia Ora, my name is Toreka and I am a Year 8 attending the beautiful intermediate, Pt England. I am in now in Room 21 with the funny and creative Mrs Lagitupu. I am really excited that we get to do heaps more things now that we’re Year 8s. But on the other hand I am really devastated that it’s going to be our last year at my beloved Pt England. Since we’re going to College soon, I figured I’d make the most out of it by trying out heaps of sports. My goal is to do all that I can before I leave.